Coming from a traditional tawla background, Toni has quickly adapted his skills into the modern backgammon standards, and soon became the first-ever Lebanese and Arab grandmaster.

Toni’s first international appearance in Merit open back in 2013 was a success, where he managed to finish in the 5th place in the main category in a field of 400 players, and the start of a love story with the board. Throughout the years, Toni’s success was proven inevitable by winning many titles and trophies both locally and internationally. He is currently regarded as one of the most naturally talented players in the world and a tough competitor in the field.

Being a heavy online player, the “Maestr0” is highly ranked among the top 5 on the two platforms he admires the most grid and galaxy. 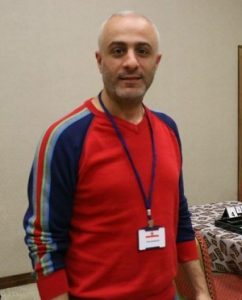