You will never be successful at backgammon if you don’t know proper cube play. If you let your opponent win two points every game he wins while winning only one yourself, it’s like giving 2-to-1 odds in every game.

Consider a simple case. You are playing for money (not in a match), and you are on roll. You have two checkers on the board, on your 5 and 2 points; your opponent has one checker left on his one-point. Either you will win the game on this roll, or you will lose it.

A bit of math will show that you have 19 good dice rolls and 17 bad ones. You have a 52.8% chance of winning the game. So you should double.

Should your opponent take? This is easy. He should take when he is 25% or more likely to win the game. Say you have 4 games where your opponent doubles when you are 25% to win. If you drop all four, you’ll lose four points. If you take all four and win one, losing three, you’ll break even compared to dropping all four – losing four points. So your opponent should take any time you have 26 or fewer rolls that win the game and drop when you have 28 or more. If the number is exactly 27, well, does he feel lucky today?

Well, a lot of times, players have an advantage and don’t double. Say you open with a 6-1 (making your bar point) and your opponent rolls 6-2. Surely you have the advantage. Why not double?

Let’s say your game-winning chances are 52% at that point. What do you think they’ll be the next time it’s your turn to roll? Well, it depends on how your opponent played his 6-2 and what the next two rolls are, but let’s say the range is plus or minus 15% – say, 37% to 67%. And that’s a pretty wide range, kind of a best-case to worst-case since this position isn’t very volatile.

Well, if next two rolls turn out badly, you’ll be glad you didn’t double. If they turn out well, you can always double next time. If your opponent has a 33% chance to win, he’ll still take. (And if he drops, great!) So you don’t need to be in a hurry to double this turn.

I’m going to introduce the concept of market loser here. A “market loser” is a sequence of rolls (one for you and one for your opponent) that would cause your position to get so strong that your opponent would drop. Anytime you have no market losers, you should wait to double. If things go well, you haven’t lost anything, and if things go badly, you will be glad you did. 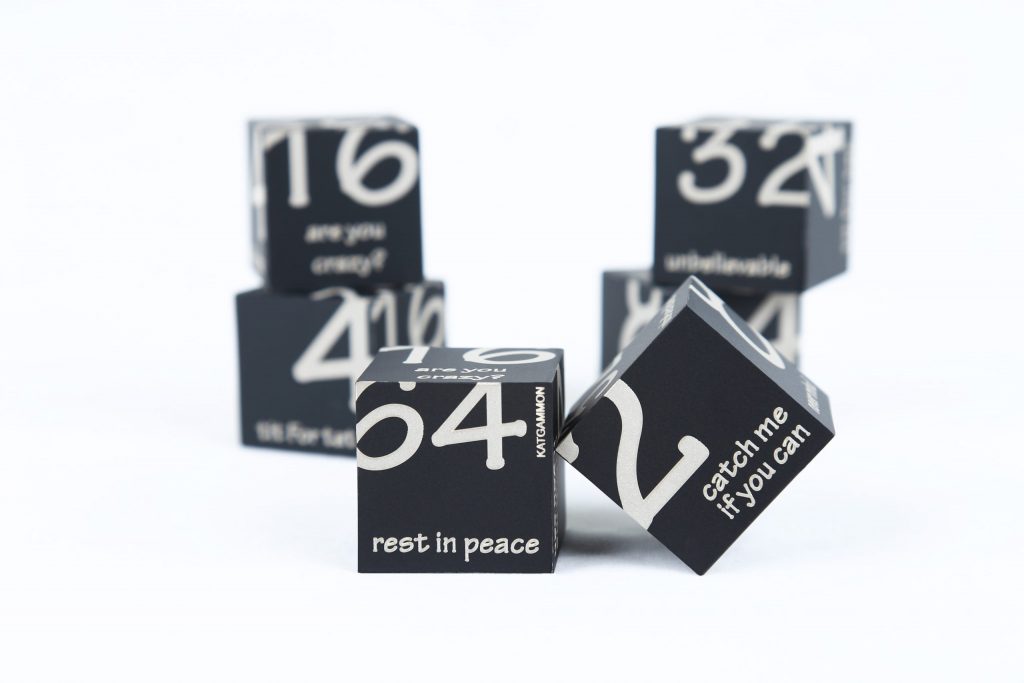 The next statement is probably the single most important piece of advice you can ever get in backgammon:

Every roll is a new cube decision!

No matter what your position was the last roll, you should always be at least thinking about the cube. Not necessarily long and hard, but if you got a good roll, or your opponent a bad one—think. “How good is my position now? Should I at least be thinking about doubling?”

To Double or Not to Double?

Think also about the idea of market losers in reverse. We said earlier that if no matter what sequence of rolls occurred, your opponent would still take, then there’s no hurry to double. Well, the same thing applies here. Suppose that in the above example, the worst set of rolls you can get would leave you with no gammon chances and only 80% odds to win the game. Well, your opponent still has only 20% chances to win the game, and would still have to drop. So you can hold the cube for now. If things go well, you’ll be glad you did, if things go badly, you can always double next roll.

Consider the following position. You are on roll, with 4 checkers on your ace-point. Your opponent has one on his six-point and one on his 4-point. What are your chances of winning the game?

But if you haven’t doubled, your chances of winning the game are 100%! You should double, and your opponent should drop. So having doubled has cost you something. Now—you’re not sorry you doubled, of course. When you’re in this strong position, you’re happy to be playing for two points rather than one. But the point is that you shouldn’t double with a weak advantage (if you doubled with a weak advantage, you were lucky to get to this strong a position), because giving up control of the cube costs something.

Game Implementation of the Cube Strategy

We’ve talked mostly in principles so far. How do you decide whether to double or not?

Well, that’s not a question with a simple answer. It’s certainly not about pip count (except in racing positions). The important thing is to recognize that when you have a solid lead, you should be thinking about doubling. Most players don’t realize that.

One good rule is to put yourself in your opponent’s shoes. If he doubled, would you take? Would you even think of dropping? Many times, players will look at a position and say “I would drop, my position is pretty bad”—yet, on the other side, they think “I’m not good enough to double.” Someone has to be wrong!

And if your opponent takes your double, don’t think you’ve necessarily made a mistake. You might have doubled too early—when your position isn’t as strong as you might like—but how bad can doubling the stakes when you’re in the lead be? And also, maybe your opponent’s take was a mistake!

The simplest kinds of doubles are in non-contact (racing) positions.

A general rule of thumb is that if you are ahead by 10% in pip count, you should double. You can take with up to a 12-13% deficit in pip count. The needed percentages get larger as the race gets shorter. For example, a lead of 88-80 is enough to double, but a lead of 44-40 probably isn’t.

And remember—every roll is a new cube decision. Don’t think that just because it’s the last or next-to-last roll of the game, you can’t double. Suppose you are trailing badly, and then roll a big set of doubles. Suddenly—let’s say you are on roll with one checker on the ace-point and one on the three, and your opponent has just one checker left. Double! Why let yourself get unlucky and roll 2-1 and win when your opponent would surely have dropped?

Doubling in match situations is slightly different than in money play, where every point is equal. It is a complex subject and very mathematical. But I will try to simplify it a little.

If you are leading in a match, you should be a little more conservative about doubling, and about taking. But only a little. Don’t let yourself get stolen blind.

When one player is close to winning the match, you should be aware of some special situations.

Doubling in a Game and Match Equity

From a given score, it is possible to know your chances of winning the match. Consider a simple example. You are trailing 2-0 in a 3-point match. You need to win two games to win the match, period. (If you win the first game without a gammon, you will of course double on the first roll of the next game.) Since you are 50% to win each game, you are 50% times 50% or 25% to win the match.

It is possible to know all the match-winning odds for all scores. That discussion is too complex for this article, but a good table and shortcut for memorizing it is contained in the sample issue of GammOnLine.com, Kit Woolsey’s excellent online backgammon magazine.

Start with the take decision. The odds are:

There are some complexities, of course. You can take a little more aggressively than this, because you own the cube and have the sole right to redouble. But if you are going to get gammoned more often than you win a gammon, you have to adjust for this.

The question of gammon prices (how much gammons affect the doubling decision) is beyond the scope of this article. Kit wrote a very good book on this called, How To Play Tournament Backgammon, which I recommend. Or you can work out the math on your own from the match equity table on GammOnLine. If you work through the math, you will learn a lot about the correct doubling strategy.

Is this topic complex? Yes. Is it important? Only if you want to be a good player. Huge numbers of matches are lost by incorrect doubling decisions.

Are the dice rolls random?

Many players have certain doubts about the fairness of Ariston BackGammon. Some people suggest the program actively cheats by manipulating... read more

Backgammon is a very easy game to learn; its very simplicity is, paradoxically, one of the main reasons for... read more

The U.S. Backgammon Federation (USBGF) is pleased to announce the launch of the ABT Online! Tour. Similar to the... read more

His real name is Matvey Natanzon, but no one called him that. Even his mother called him Mike. Falafel... read more